Judges sometimes make reversible errors that are overturned on appeal; so too with arbitrators. It is not very often, however, that judges or arbitrators have their decisions overturned for lack of sufficiency in their reasons, especially in complicated cases, involving lots of money. It also does not often happen that an appellate judge feels the need to set out a primer on the subject of sufficiency of reason.

But, in the recent case of Farmer v. Farmer,  2021 ONSC 5913, Justice Finlayson discussed that topic in a lengthy decision. The case was an appeal from three arbitration awards made after a five-day hearing. Complex and difficult issues were presented,  especially around the concept of tracing gifted property in order to calculate the proper amount of net family property for equalization purposes. 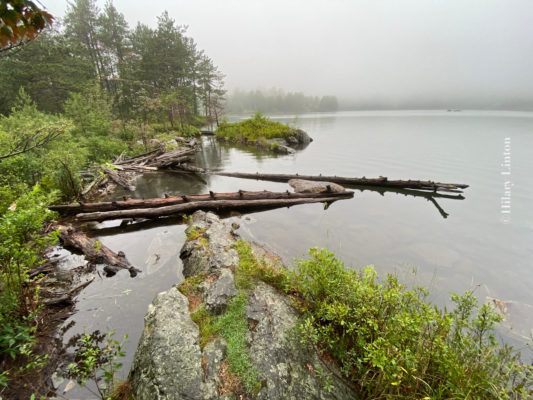 One important issue raised in the decision was whether the arbitrator provided sufficient reasons for his conclusion that close to $800,000 of investment funds owned by the wife on the date of separation should be included in her net family property.

The tone of the decision (which runs to over 300 paragraphs) is set early on, in paragraph 29, when Justice Finlayson states that “the award contains no analysis whatsoever about the wife’s claim to exclude a substantial amount … in her investment accounts.”

In reviewing the sufficiency of the arbitrator’s reasons, the Court sets out a number of basic principles that should be kept in mind by every arbitrator who is called upon to deliver an arbitral award.

In the first place, the Arbitrations Act, Section 38C(1), requires the arbitrator to deliver reasons. If the reasons are unclear , either party may ask for an explanation . In addition, the arbitrator may be compelled to give an explanation by the Court. Justice Finlayson reviews, in some detail, the functions of reasons and their importance , not only to the parties , but also to permit effective appellate review.

Reasons are to be understood as a whole in the context of the evidence presented and arguments made. They must be “intelligible”. That is, capable of being made out and logically connected to “its basis”. Reasons must show that, when read in context with the record and submissions, the arbitrator understood the substance of the matter. Finally, reasons must reflect a logical connection to the evidence, submissions, and history of the process. Do the reasons explain the basis for the decision? If the evidence is contradictory, did the arbitrator recognize and deal with the contradictions? If the arbitrator did not deal with the substance of an issue, then this may be an error in law.

In Farmer, the wife’s father, who was wealthy, gifted funds to the wife during the marriage that she argued were “excluded property”. The arbitrator, in his reasons, decided that those funds had been mixed sufficiently with other assets that they lost the protection the wife was seeking for them. In other words, the almost $800,000 was part of her net family property and subject to equalization.

In allowing the appeal on the issue of the wife’s investment accounts, Finlayson, J. states  “the …award contains no analysis… at all. The  [accounts] are not even mentioned other than very briefly in the arbitrator’s net  family  property statement , attached as Schedule “A” at the end of the award.”

“ Clarification/Explanation Award” ; however, the point about lack of analysis is bluntly made.

In looking at the arbitrator’s award the Court states:

“I find this explanation from the arbitrator is insufficient even after reviewing the transcripts, the documentary evidence and the submissions made at arbitration.” The judge continues his criticism of the arbitrator’s reasoning in quite some detail. To appreciate its nature, one must read the decision.

Justice Finlayson concludes this part of the decision by stating, “If I am mistaken and the reasons are sufficient, then it would nevertheless be my view that the arbitrator significantly misapprehended the evidence about the source of funds in the wife’s … accounts.”

This case is a reminder of the careful analysis that must be conducted by arbitrators when writing their reasons.

As an aside and conclusion to this short blog, the Farmer case contains much more than the issue just commented upon. It deals with standards of review on appeal, equalization, spousal support and post-separation adjustments. The case is very much worth the time you will spend reading it.