Sustainable Peace, Mediation, and the Status of Women and Girls 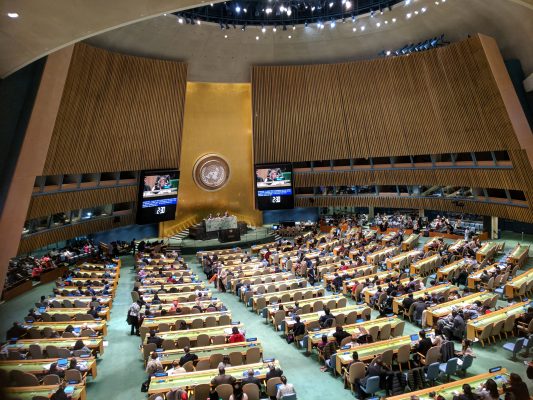 By: Mina Vaish and Archana Medhekar

In March of 2018, the Canadian delegation consisting of Archana Medhekar, Tricia Morris and I joined eighteen other international mediators for the Mediators Beyond Borders’ international (MBBI) delegation to the 62nd session of the Commission on the Status of Women in New York (CSW62).    The session was the largest ever Commission held in its 70-history, with over 3,500 delegates from 250 nations attending.    No doubt, the record delegate numbers this year were amplified by the recent and unprecedented women’s social movements in the US and around the world.

I have had the privilege of acting as Co-chair of the international “Women in Mediation” cohort of the UN Working Group MBBI and delegation for three years now.   My role in this capacity is to support, promote and advocate for mediation principles at the United Nations.  In particular, the “Women in Mediation” cohort focuses on the inclusion of women mediators in high level negotiations, national parity conversations, and in mediation process design.   The question of why our mediation cohort is spending so much time on the Status of Women and Girls is a valid one.   After all, Canada is considered a leading nation in gender parity as demonstrated at the UN this March.  There are two specific reasons:  Firstly, gender parity is a leading catalyst to sustainable peace and security, including that of Canada’s.  Secondly, where mediation principles of collaborative conflict resolution intersect with conscious process design that promotes equality and inclusion (not only gender, but also race, culture or otherwise) true empowerment and the self-determination of participants is achievable.  Canadian mediators play a vital role in modeling such principles to national and international regimes.

The concept that gender equity is a leading indicator to peace and security is recognized in the 2000 Security Council UN resolution 1325, which specifically reaffirms “..the important role of women in the prevention and resolution of conflicts and in peace-building, and stressing the importance of their equal participation and full involvement in all efforts for the maintenance and promotion of peace and security, and the need to increase their role in decision-making with regard to conflict prevention and resolution” .   Eighteen years later, progress reports relating to this this landmark resolution indicate little progress has been made in most countries on achieving equal participation for peace and security. 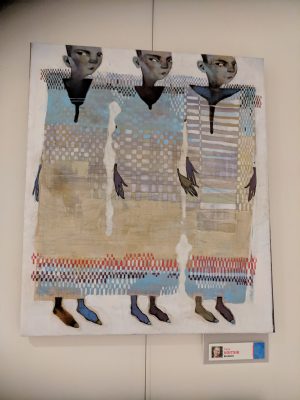 The MBBI delegation was pleased to participate with Canada’s events and to witness Canada’s commitment to Status of Women initiatives at CSW62.  The presence of our federal Canadian delegation to CSW62, headed by Minister Monsef and Minister Freeland re-affirmed the Trudeau government’s commitment to gender parity, the prevention and elimination of gender-based violence, and women’s inclusion in peace processes ((https://www.canada.ca/en/status-women/news/2018/03/government-of-canada-champions-gender-equality-at-the-united-nations-commission-on-the-status-of-women.html).

CSW consistently allocates generous time at UN sessions to international gender-based violence and intimate partner violence issues.  This year was no exception.  Intimate partner violence (IPV) is pervasive across the globe:  According to UN Women, 30% of women worldwide experience violence as part of their intimate relationships.  A new international index presented at CSW62 by the International Peace Institute (IPI) and created by Georgetown Institute for Women, Peace and Security (GIWPS) indicates a nation’s intimate partner violence rates as one of the major 17 indicators that affect a country’s ranking of women, peace and security.  The GIWPS ranks Canada 7th of 153 nations (98% of the world’s population) for women, peace and security, with IPV ranking of “uniformly well”, and lifetime IPV rates of 6.4% (excellent ranking).    Comparatively, Iceland and Norway have higher rates of IPV, with 22.4 and 27% respectively.  According to GIWPS, domestic and intimate partner violence “…has multiple harmful repercussions for women’s well-being, as well as major direct and indirect economic costs”.    The authors additional stated “too many governments are failing to ensure security for women at the family, community and societal levels”.  In addition, war and conflict increase rates of intimate partner violence, especially on women and girls.  Hence, our roles as mediators and peacebuilders may have indirect roles on reducing IPV rates.

The annual Commission on the Status of Women often illuminates the gap between developed nations and developing nations on sustainable peace, gender and human rights, and use of mediation for building and sustaining peace.    While some may say gender parity is a goal, it should also be considered a mechanism for sustainable peace.


← A Fondness for 311 Jarvis
The Tenacious Mediator: Ten tips for “Moving the Mediation” →