Voice of the Child in Mobility Cases: an Important Decision 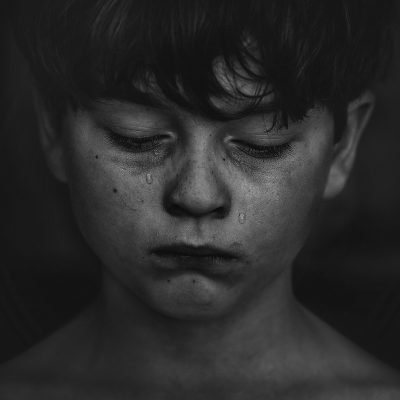 In one of the most compelling decisions I have read in a long time, a British judge decided to disallow a 14-year-old’s proposal to move to another country with father, even though the son gave evidence that he very much wanted to move.

It is a touching decision that almost made me cry, mostly because of the profoundly beautiful way it is written.

And it gives those of us who do mediation, med-arb and parenting coordination some new ideas for hearing the voice of an older child in a powerful and respectful manner.

The judge decided to write his decision in the form of a letter to the boy, and what a letter it is.

Justice Peter Jackson had to decide whether allow a 14-year-old child to move with his father from the UK to Scandinavia.

The boy, “Sam” , had his own lawyer and wanted to give evidence at the hearing. Sam’s mother and step-father, with whom he lived, and the social worker who had met with him disagreed, suggesting that the judge meet him privately instead. Justice Jackson did both, allowing Sam to give evidence at the hearing, but did not permit either parent to question him. Rather, each parent was asked to prepare five questions which Justice Jackson then put to Sam.

As Philip Epstein notes in his comment on this case, “This is a sensitive judgement and deals very thoughtfully with the parenting and mobility aspects of this case. It is particularly interesting to review the specific orders made by the learned trial judge in order to reduce further conflict for this child.”

“I was impressed with the way you gave evidence. You are of an age where your views carry a lot of weight with me,” the judge began.

Noting that Sam’s parents have been litigating custody issues since Sam was one year old, Justice Jackson writes that “Your parents have very different personalities. There is nothing wrong with that….  What is of concern to me is this. I see your mother and (step-father) as being content with the life they lead, but I don’t see that in your father. He is man with some great qualities….. but underneath that, I see someone who is troubled, not happy.”

“My view”, he continues,” is that you brought the proceedings mainly as a way of showing your dad how much you love him. It was mainly to meet his needs and not yours. I have seen the self-centred way that he behaves, even in the court room, and how he makes sure everybody knows how little respect he has for anybody who disagrees with him.”

“And it is not just that. I believe that your father has in some ways lost sight of what is best for  you. He told me he has absolutely no responsibility for the state of the relationship between him and your mother….”

“My conclusion about all of this, I’m afraid, is that, whether he knows it or not, your father has a manipulative side.”

Finding that the father had provided the court with no evidence about his plans for Sam’s care and upbringing in Scandinavia, Justice Jackson noted that all the evidence before him showed that Sam was doing very well in his life in the UK. All the factors we consider in mobility cases supported this finding: Sam’s friends, family, school life and music were all in England.

In denying the request to move, Justice Jackson confirmed the law as we know it; children have a voice but not a veto.

Thanks to Philip Epstein for sharing this wonderful case.

Hilary Linton is a Toronto family lawyer, mediator, arbitrator, parenting coordinator and trainer. After litigating civil and family matters for 14 years, she started Riverdale Mediation Ltd. which has become internationally recognized as a leader in family dispute resolution training. The Riverdale training team designs and delivers professional, affordable, relevant and inspiring workshops for family dispute resolution professionals. The services team offers family mediation, parenting coordination and mediation-arbitration services, using Zoom and, where appropriate, in-person at our Toronto offices. Hilary’s excellence has been recognized with Awards from the Family Dispute Resolution Institute of Ontario (2020), the Ontario Bar Association (2014) and with speaking and training engagements across Canada, the US, the Caribbean, Portugal, South Africa and Scandanavia.
View all posts by Hilary Linton →

← Reviewing the Best Book a Family Law Lawyer Could Read in 2017
Speaking at the OBA Institute on Neuroscience and ADR on February 7 was no exception.  →